From Tradelands Wiki
Jump to navigation Jump to search 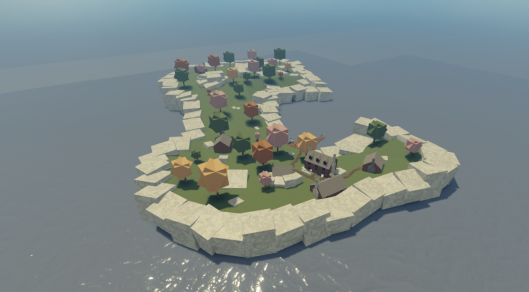 Cannoneer's Key is an island owned by Whitecrest. It is located towards the southwest of the map, and its closest neighboring island is Saint Christopher.

The island is unique in that it has rock cliffs surrounding the island, somewhat similar to Blackwind Cove.

To the south of the island are large mounds of rock with many mine-able rocks. This is a favored mining location by many due to the large number of rocks, as well as the fact that some of the rocks may drop onyx.

To the north of Cannoneer's Key is where this island's houses are located. The houses are connected by a dirt path, which also trails into the docks. Cannoneer's key is somewhat abnormal, as it is a non-spawn island with a warehouse manager and a crafting station.

Retrieved from ‘https://tradelands.net/w/index.php?title=Cannoneer%27s_Key&oldid=3722’
Category:
Hidden category:
Cookies help us deliver our services. By using our services, you agree to our use of cookies.